Last night, I was looking for a 3D physics engine for Monogame and I reached BEPUphysics.

Investigating BEPU website, I found that there's a work in progress version of BEPUPhysics for Monogame (the clue was a one blog post called "BEPUPhisics and XNA" and said The most likely target frameworks for the rewritten demos will be either SharpDX or, for wider use, MonoGame.) and also a twitt form the BEPUPhysics that said "The new demos application is indeed almost certainly going to be MonoGame based"

So I decided to take a look at BEPU source code repository and community-contributed forks.

I saw a monogame fork of BEPUphysics at http://bepuphysics.codeplex.com/SourceControl/network/forks/StephenOC/MonoGame and quickly download it, but my surprise was when I found that It's a windows version of BEPUphysics. But I far as I know I read it's posible running BEPUphysics on Monogame so I decided to try.

First, I openned Visual Studio and create a Windows class library. Then, I references Monogame Dll (to this test I use Windows OpenGL version) and put all BEPUphysics classes. Dont forget to set your project build propertis symbols to WINDOWS;ALLOWUNSAFE;CHECKMATH;MONOGAME

After a few build trys and removing some unuseful files, my build was succesful! 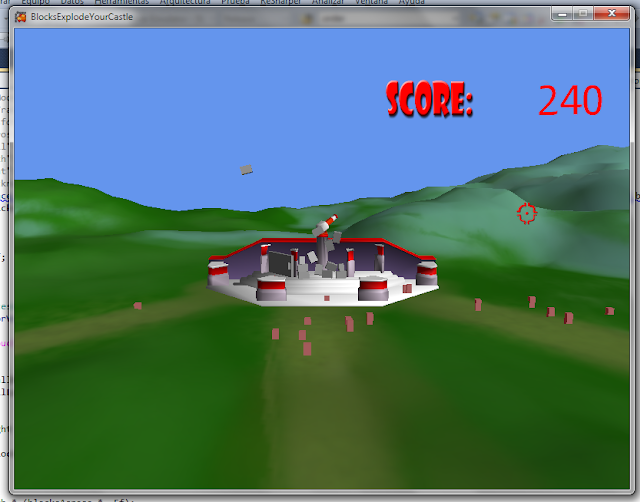 Also, I found a monogame build on the Monogame brach of PloobsEngine (https://code.google.com/p/port-ploobsengine/source/browse/PloobsEngine/PloobsEngine/Dlls/BEPUphysics.dll?name=MonoReach), but the BlocksExplodeYourCastle monogame version is still slow.