As you all know, fastlane is the easiest way to automate beta deployments and releases for your iOS and Android apps. It handles all tedious tasks, like generating screenshots, dealing with code signing, and releasing your application.You can use fastlane snapshots  to automate the process of capturing screenshots of your app. It allows you to:
Here https://docs.fastlane.tools/getting-started/ios/screenshots/  you have all the necessary information to take the best screenshots you need.

Unfortunately for Xamarin users, snapshots uses UITests, which require an Xcode project so, Is there anything we can do to use snapshots with our Xamarin projects?

The answer is short, YES YOU CAN!!!

Setting up you XCUITest project

UITest  does not use the project code to test, it exists outside the app. UITest instead looks at what is available in the simulator and returns to us instances of XCUIElement based on what it finds, XCUIElement and XCUIApplication are the proxies that are used for this.

So you only need to open XCode, go to FILE --> NEW --> PROJECT and select SINGLE VIEW APP, click the NEXT button and on the next screen, the most important thing, is that you check "INCLUDE UI TEST". 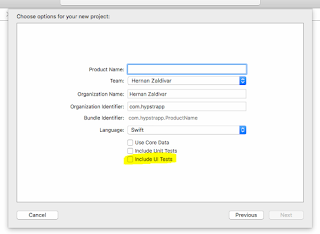 Now you have almost ready, just follow this information https://docs.fastlane.tools/getting-started/ios/screenshots/ to configure your project.

As explained here https://medium.com/xcblog/hands-on-xcuitest-features-with-xcode-9-eb4d00be2781 now XCUIApplication() has initialiser which takes bundleIdentifier so that we can pass bundleID of our app and has new activate() method to activate app from background.

As you can see, you can interact with any app within Simulator or device as long as we know bundle identifier. This is huge improvement in UI testing of iOS apps.

Guess what? You can interact with you Xamarin app as far as it's deployed in the simulator! You can install your Xamarin in the simulator as normal, I mean, just hitting the PLAY / DEBUG button on your Visual Studio for macOS.

But what if you can automate you Xamarin iOs deployment? I also have the answer!

To install an iOs app from the command line you can use this command: xcrun simctl install

To get all your devices UUID, execute this command: xcrun instruments -s devices

Get the path of your .app

It's in your build folder pathToYourAppSourceCode/bin/iPhoneSimulator/Debug/device-builds/iphone[build ios version]/appName.app. In case of my hypstr app, the location is here 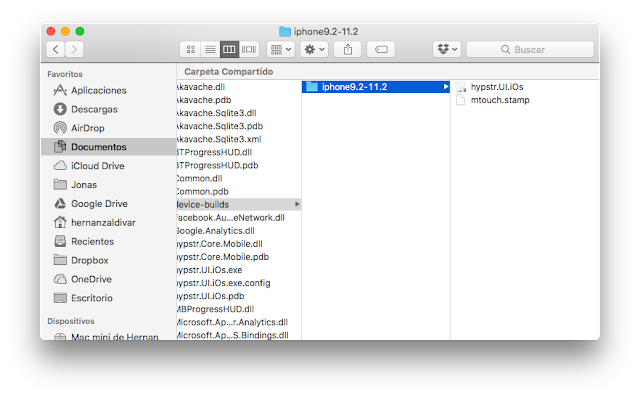 Create a bash script to automate app deploy to all your selected simulators (https://www.macobserver.com/tmo/article/os-x-how-to-convert-a-terminal-command-into-a-double-clickable-desktop-file)

As only these screens are needed for iPhone when submitting to App Store, just create the script to deploy to this four simulator:

Following this approach, I manage to take my screeshots for my Xamarin app called hypstr published in the App Store https://itunes.apple.com/us/app/hypstr/id650216315 using fastlane snapshots as you can see in the following image 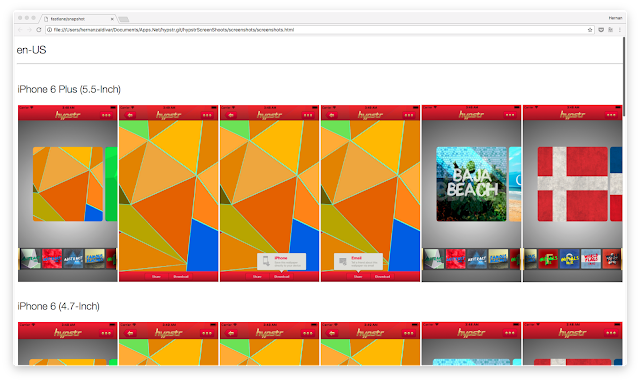